Why am I getting rejected after a job interview? 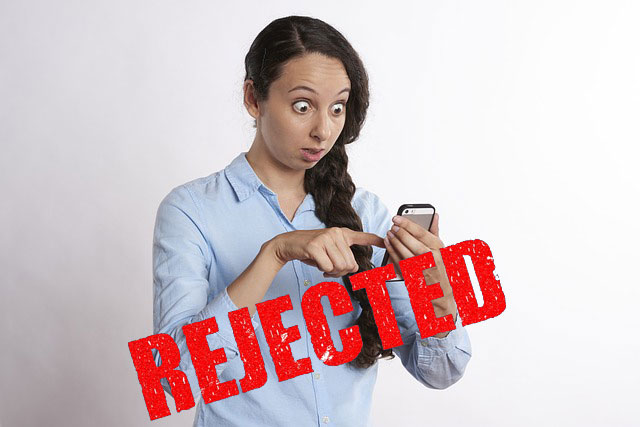 Many job seekers struggle with their interviews and therefore fail at this important stage of the process to secure a second interview or a job offer. We look at seven reasons why you may be rejected and how to avoid rejection.

Reasons for rejection post job interview and how to overcome

1) There was a candidate who was simply outstanding (and even a superstar would’ve struggled against them), or there was an incumbent or someone connected to the employer who got through on more than merit

In this case you’re genuinely beat. A superstar candidate earned the role fair and square. Good news, by them getting the role they’re not up for the next one you go for!

The candidate getting based on who they know could be an inferior candidate, and this is unfortunate. I had a client who kept getting second, but the only one that bugged her was where an incumbent was hired who’d been on the staff for a short term. This was in spite of the candidate not meeting almost any of the criteria! Clearly they decided what they saw in the internal person was worth backing. This one is outside your control, so move on.

2) You didn’t live up to the promise in your resume/CV, cover letter and supporting documents

NEVER lie on your resume/CV or any accompanying documents. Don’t say you can do something you can’t, mislead by including a partially completed qualification without comment, or by exaggerating your skills. You will come unstuck quickly in an interview. Solution – be honest. You can leave off anything negative, but don’t lie.

This can be for a number of reasons. Often it can be because of your energy levels. After receiving many rejections it can impact your mood to the point where you go in already in the frame of mind you’re not going to get the role. To address, think of a time when you succeeded in a job interview or somewhere else in life and remember how it felt. Think of this on the way and while waiting for the interview as it will leave you feeling positive and upbeat.

Take note of the business and the interviewer(s) tone and words they use. If they’re to the point, do the same. If they talk in terms of growth, do the same – talk about growth, sales, and increasing productivity. If they’re more risk averse talk about reducing errors and risk, or saving money.

You should be naturally mirroring the tone and energy level of the recruiter/employer. If they’re quite quiet, being loud could be off-putting, but don’t be unnatural.

Confidence without arrogance is important in presenting yourself well in an interview. Do what you need to overcome your nerves and be prepared, but not over prepared.

Remember you can choose your attitude and the way you react to situations. Choose to be positive and helpful, and don’t judge the employer/recruiter or business, as much as you don’t want them judging you.

4) You haven’t researched the organisation

Particularly look for the organisation’s values, mission, vision, upcoming projects etc. For a person, look for interesting points or common connections. Have some questions to ask about the business and how this role will help their business.

5) The recruiter has a conscious or unconscious bias

People can be judged based on many factors including age, sex, sexual preference, where they live, dependents, smoking habits, culture and race.

Sometimes you can be rejected based on sex because the organisation thinks it’s doing the right thing maintaining a balanced ratio of men and women to demonstrate equal opportunity employment (EEO). But if they’re not hiring the best person for the job they may be missing the point. Unfortunately however, there are many other judgments cast purely based on people’s beliefs.

For instance, I had an employer who admitted he didn’t like to hire women in their mid twenties to thirties, especially if they were recently married, in case they left to have children. He didn’t want to ‘waste time’ training someone for them to leave. Though illegal, it would be hard to prove based on an interview, and even if you could, would you really want to work there anyway?

Avoid including anything you can be judged on in your resume (for instance your home suburb), and politely refuse to answer questions that may be illegal.

By far the most common issue is that you failed to impress, because you simply didn’t do enough compared to other candidates to sell yourself as the best candidate for the job. Many people hate talking themselves up or lack the confidence to do so. The trouble is you’re being compared to others who may be able to do this well.

A common issue is not answering the questions with enough substance. Employers and recruiters want to know if you can hit the ground running, whether you’ll fit with the organisation and what type of worker you will be. Our How to Job Search guide to STAR/CAR Achievements is a critical part of the job search process. It allows you to think of times when in a Situation you performed a Task or you faced a Challenge. You then took an Action which achieved a Result which benefited the organisation. You can find a link to opt-in to our email list and gain a copy of this vital tool from our home page. These achievements are great examples to prove how you work and why you should be hired.

Only occasionally will you get a second chance

An example from when I interviewed, is when a young man presented extremely well in an interview. He stood out from everyone, was unanimously our top candidate and was hired. A month later another role became available and I contacted one of the candidates who missed out and asked if he was still interested. He was an unassuming young man, and he came across extremely nervous – not good when he would be working with notoriously tough fund managers. I said he would need to overcome his nerves to get the role. Fortunately he did and was hired. It turned out the second person was an absolute superstar, whereas the first person had massive energy level highs and lows and did not have anywhere near the capability of the second person. It was fortunate I could see enough in him to have him called back.

You can also practice interview questions ahead of the interview. It can be useful to record yourself and see how you come across. Be prepared, but not so over prepared to sound like you’re reading a script, or so you freeze if something you didn’t practice crops up. Many interviewers throw in a curveball question simply to see how you handle an unexpected situation.

7) The seventh and final reason – is simply because you were not right for the role.

There can again be many reasons for this. Often it’s because you’ve applied for a role way outside your league, your personality simply didn’t gel with the interviewer, your behaviour at the interview sucked, you were negative …

Often in this instance it’s a matter of reviewing what roles you’re applying for and making sure they’re suitable for you. If you don’t meet the requirements go out and address them, or apply for other jobs where you do meet requirements. For instance, a disability worker role mentioning three times about English skills, including needing to pass a test on English proficiency, when you simply don’t have the skills (even if English is a first language), makes the role as unsuitable for you as applying to be President of the USA from overseas. You wouldn’t apply for the latter, so don’t waste your time and the employer’s by applying for the former.

Although you may not get a response, you can always ask for feedback. Whether you do or don’t get feedback, hopefully these scenarios provide some understanding to the different reasons why you’re not getting a job after interview, and where applicable provide some ways to address the issues, so you stand a better chance next time. Remember a lot hinges on your attitude, so if you are getting overlooked for matters beyond your control, don’t dwell but move on. It could be you’re missing out on average roles because your dream job is just around the corner!

Article by Jane Tweedy, Founder, How to Job Search – All Rights Reserved (you may link to this blog on our website)

About How to Job Search

How to Job Search exists to help job seekers find work in a competitive job market by learning to sell yourself effectively. Please visit our home page to find out more information. #howtojobsearch 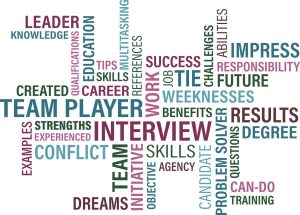